Historical Novel Roundup is below.

Actually, I wrote over 2500 words on Nov. 9 but could not get on the NaNo site to update them.

You need to refresh your browser to see any further updates.

Email ThisBlogThis!Share to TwitterShare to FacebookShare to Pinterest
Labels: NaNoWriMo

It's that time of year again, a time of giving and receiving.. and what better than books!

Just click on the link for Comments below this post and enter information on your own books, books you know would make great gifts, books you wish someone would buy you!

Include title, author, era the book takes place, and a link to help folks find the book.  Then add a brief blurb about the book./  Practice marketing by including the reason someone would want to buy it.
You have all month.. we are doing National Novel Writing Month and don't plan to update any of our several blogs during the month of November.
Have someone you really want to thrill?  Get them a Kindle eReader!  The basic one is only $79!  If you want or need one that reads aloud though, go with the Touch or the keyboard.  The Fire looks like fun, it don't say nothin' aloud.

Posted by Nan Hawthorne at 3:09 PM

I was out the other day and overheard a father calling his two boys, "Hunter!  Porter!"  I've heard both boys and girls with these occupational names and wonder if the parents realize they mean what might not be regarded as so upper class.  They might have thought twice and chosen more promising names, like Lawyer or Psychotherapist..


And don't forget, all these names can be in other languages too.

Of course people have long used names, mostly for boys, that they thought of as derived from surnames.. Mason, Abbot, etc.

The good news is that names do not predict the future of the child.  Good thing too since I'm not sure how many fullers there are around any more.

"Hunter!  Go shoot a deer for our supper!  Porter, answer the door!  Cooper!  Make us a barrel to store our grain in!
Posted by Nan Hawthorne at 8:45 PM 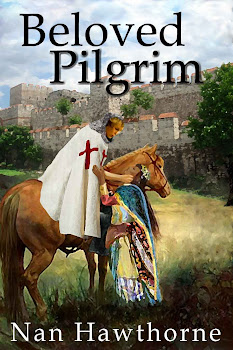 Now on Amazon in print and Kindle!

AN INVOLUNTARY KING: A TALE OF ANGLO SAXON ENGLAND

Reviews of "An Involuntary king"

Other Books by Nan Hawthorne

Coming in 2011! Alehouse Tales, an anthology of story and lore about Saxon England in the words of leofwen, the owner of an alehouse just outside the walls of Royal Wintanceaster in the late 10th century. How ale waw brewed, what children's lives were like, what sorts of rarities were imported, along with stories of unforgettable characters and events in their lives.

Loving the Goddess Within: Sex Magick for Women - review on Silver Chalice

A celebration of the Goddess in every woman -- and man.

Music of the Pan-Celtic World